Mosquitoes, Bees, Deer Flies, Horse Flies, and other blood sucking visitors can be bothersome when cruising the British Columbian Coast and in Southeast Alaska. They will test your patience, but don’t let them ruin your adventure. 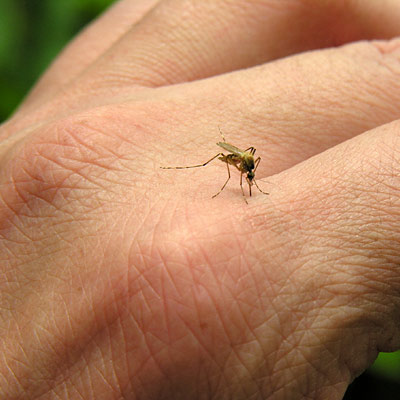 Mosquitoes are considered public enemy number one by most boaters with nearly 250 species of the insect found in North America. When attacked by biting insects, most boaters simply reach for one of the commercially available repellents. These concoctions come in sprays, creams, lotions, or waxy sticks in scented or unscented formulas and often are fueled with DEET, (diethyltoluamide) in concentrations from two to 100-percent.

In addition to insect repellents that rely on chemicals, there are physical barriers boaters can purchase to keep between you and biting bugs. From simple mosquito netting to bug-proof suits, there’s a host of apparel and accessories now available for thwarting insects’ efforts.

To prevent the advancement of mosquitoes, Horse, and Deer flies, some swear by vitamin B1 or B12 which they start taking a month ahead of any boating trip planned for biting bug infested areas. They take 500 mg of B1 or 1000 mg of B12 daily in tablet form, and claim a chemical reaction takes place to create a body odor that humans can’t detect, but insects avoid. Another claimed benefit of taking these supplements, is that when bitten it doesn’t itch as bad or for as long as compared to when not on the vitamins.

Other claim taking a zinc supplement in the same manner, ingesting up to 60 mg per day in tablet form, which they say changes their body odor making them unattractive to insects.

Before taking a vitamin B or zinc supplement check with your doctor first. These supplements could cause unwanted side effects when combined with some prescribed medications.

Some boaters use Mosquito Coils and Citronella Candles as a defense against the bugs, but there is an offensive odor that comes with their use.

Other bug repelling remedies include hanging in the boat or stuffing your pockets with Bounce fabric softener sheets. Applying Vicks Vapor-Rub to exposed parts of your body. Or placing Lemon Grass Oil in the boat. 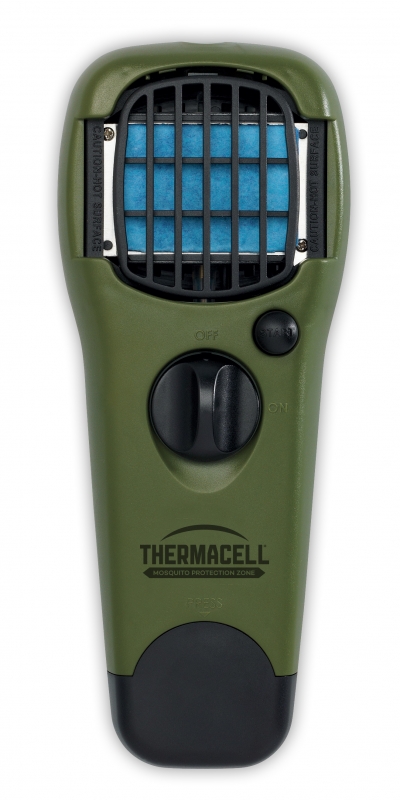 So, what’s a boater to do? A product that has become popular with anglers, hunters and boaters is a Thermacell Mosquito Repellent. After using the product for the past few years, we have found it be the most effective and easiest way to fend-off the arsenal. We have witnessed Deer and Horse flies that happen to fly into the cabin and exit just as quickly as they entered, and the mosquitos and No-see-ums are non-existent.

Extensive testing in the U.S. and foreign countries such as Costa Rica, Korea and Turkey has been done on the butane-powered Thermacell Mosquito Repellent unit for effectiveness against biting insects. Results reflected, that the unit is effective against Mosquitoes, Sand Flies, No-See-Ums, and Black Flies. Thermacell products work by heating up allethrin – a nontoxic repellent in synthetic form that occurs naturally in chrysanthemum flowers. It doesn’t harm humans or pets and is advertised to be up to 96% effective in repelling biting creatures.

If you spend time on the coast or in Southeast Alaska, it’s inevitable that insect bites and bee stings are going to happen. Bites and stings are annoying and maddening with the itching, throbbing, and swelling that follows. So, what do you do when you get bit or stung? There are many products on the market today to address symptoms and products like StingEze Itch Relief or Tecnu Bite are found to be effective. When applied soon after an insect bite, the sooner the better, they begin working immediately to counteract the effects of bites and stings. They provide pain relief, kill germs, reduce the chance of infection, and inhibit the growth of bacteria.

You may not be able to completely avoid these blood sucking visitors but can minimize your encounters for a more enjoyable time on the water.