The village of Cowichan Bay is located on Vancouver Island’s southeast coast about fifty-six kilometers north of Victoria. It’s a working marine community with a fascinating blend of commercial and pleasure crafts, full of picturesque piers, wharfs, and floating homes. This seaside community has an interesting history, situated on a deep-sea lumber port coexisting with important waterfowl and salmon habitat in the Cowichan Estuary. 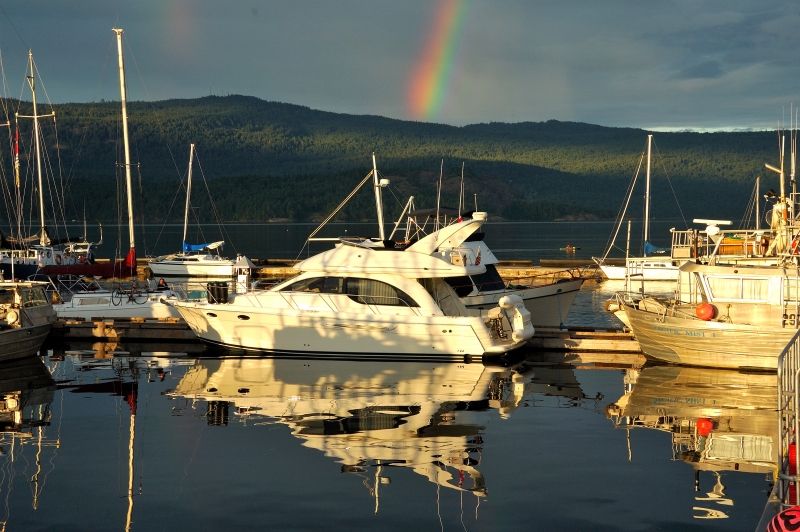 Visitors discover a charming, quaint, and picturesque seaside fishing village built on pilings on the bay’s edge with plenty to see and do. The hodgepodge of homes, shops, and sheds face towards the bay. From the street the clapboard buildings appear to stand shoulder-to-shoulder which house restaurants, chandlery, art galleries, craft, and unique shops.

This part of southern Vancouver Island was named after the Cowichan First Nations, who originally called the area Kaatza, meaning big lake. Today the locals refer to the bay as Cow Bay. 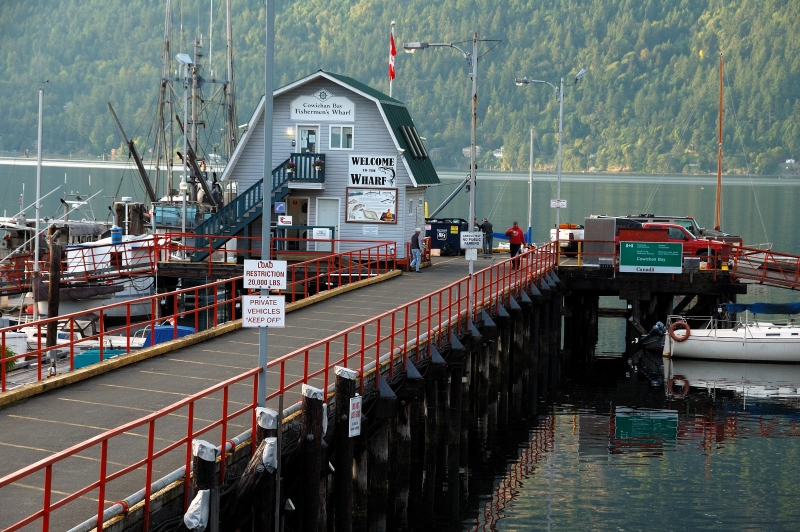 Cow Bay offers visiting boaters a choice of marinas, the largest being Fisherman’s Wharf. Home to a working fleet of salmon, crab and prawn boats and offers moorage on a first come first served basis to recreation vessels at a very reasonable rate. The Wharf offers visitors 900-feet of moorage including the breakwater, 30-amp power, washroom/showers, laundry, Wi-Fi, and garbage disposal. The harbor administration is located on the second floor of the Wharf building so the Harbor Manager can keep an eye on the action from their office.

Visiting boaters may be fearful of the noise and ruckus from the commercial fleet, but they will discover that’s far from a problem. What they will enjoy is watching the boats arriving to off-load their daily catch and visiting with the commercial fishers at the end of the day.

When it comes to getting something to eat, visiting boaters have plenty of outstanding culinary choices within a few blocks of the marina. At the head of Fisherman’s Wharf is the oldest Cowichan Valley wooden structure – dating back to 1863 – which is home to The Masthead Restaurant with its deck overlooking the harbor and Mount Tzouhalem. The Masthead offers gourmet dishes and wines in an elegantly understated atmosphere with excellent service. 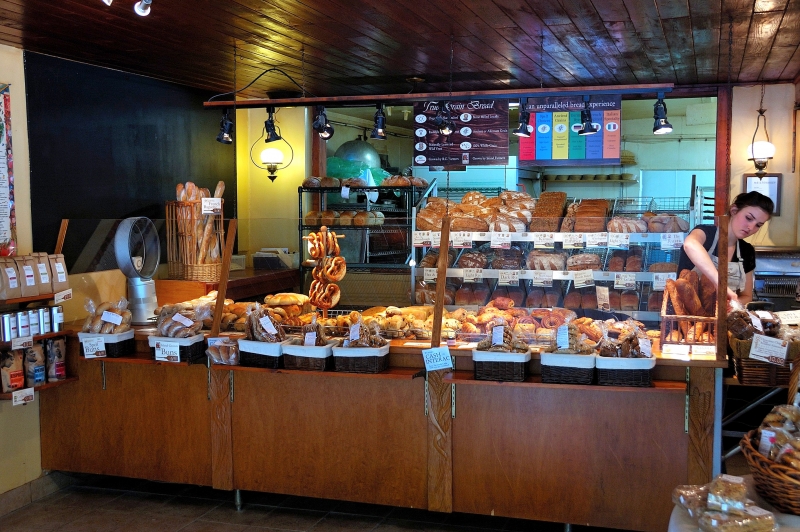 Other options include the Belgian inspired – The Vine,  for crepes and more. If you are in the mood for some tasty Thai cuisine, then Sathian Thai is necessary. The Rock Cod Cafe at Pier 66 offers some of the best fish and chips in the area. Cow Cafe is another excellent choice for west Coast cuisine. If you have a craving for ice cream, the Original Udder Guys Ice Cream with its vast selection made from scratch with no preservatives or additives is the place. For something to take back to the boat, True Grain is an Old World inspired European bakery that has a delightful selection of superior organic whole grain breads, tempting cookies and treats. 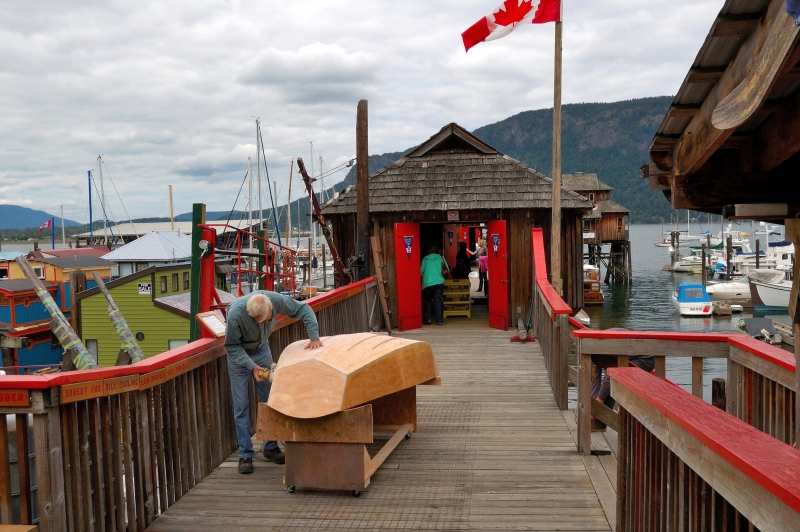 Get introduced to classic boat building at the Cowichan Bay Maritime Centre. It resides on the village’s signature, 350-foot-long pier, overlooking the gathering of sailboats, powerboats, and funky floating homes. Admission is by donation.

The community of Cowichan Bay always has something to do and for a complete list visit Vancouver Island.