Located in northeastern Germany, Greifswald is a quaint city in the Mecklenburg-Vorpommern area that flanks the Baltic Sea and is home to Hanse Yachts. Getting there requires a flight into either Hamburg or Berlin – both cities almost equal in distance – and then a drive or scenic train ride through the rustic German countryside. 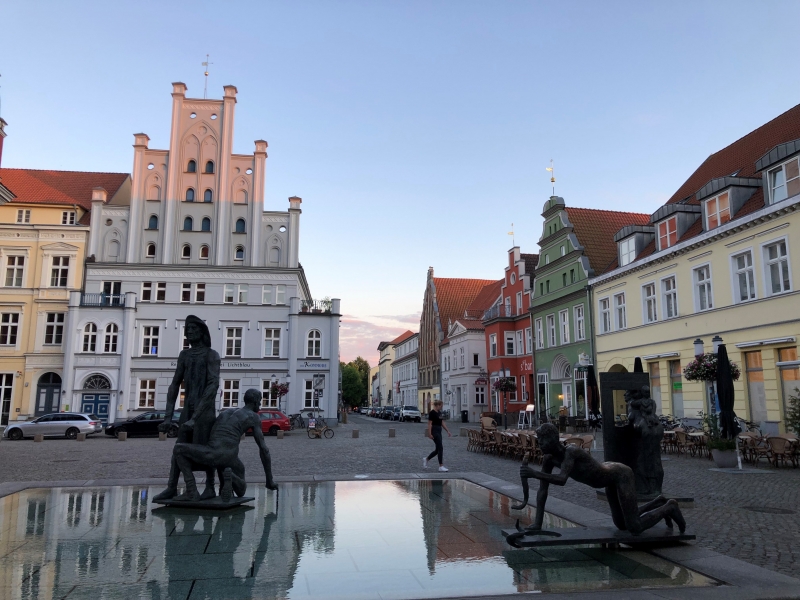 Brick Gothic buildings decorate the city center, and areas around the Ryck river. While the architecture may be reminiscent of a time long gone, Greifswald is one of the cities in Germany with the youngest average population, much thanks to the University of Greifswald.

Local sights worth paying a visit

Designs for this wooden double balance beam bridge across the Ryck river began in 1833, while its official inauguration was in 1887. Through the years, the bridge has undergone numerous renovations and reconstruction projects, and continues to be preserved as a technical monument by the city. 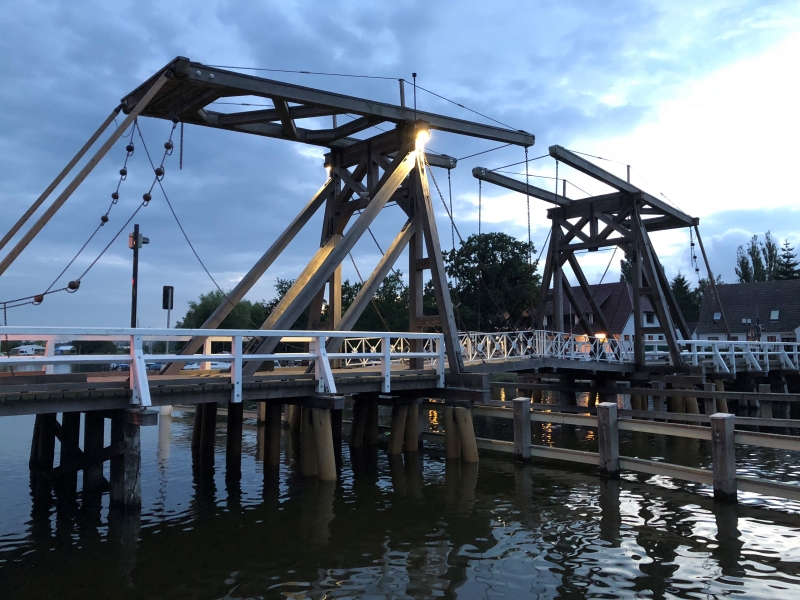 Situated at the highest point in the city center, this Brick Gothic cathedral dates back to 1262. It’s the largest church in Greifswald and an iconic symbol of the city. 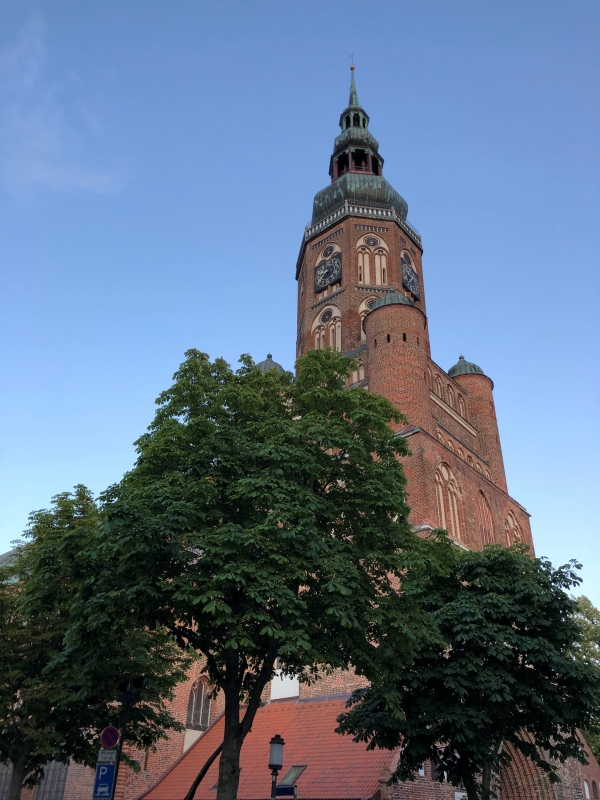 The ruins of the Eldena Abbey just outside the city are probably some of the most famous ruins in all of Germany. Once home to Cistercian monks (1199), this structure was severely damaged during the Thirty Years War (1618 – 1648). 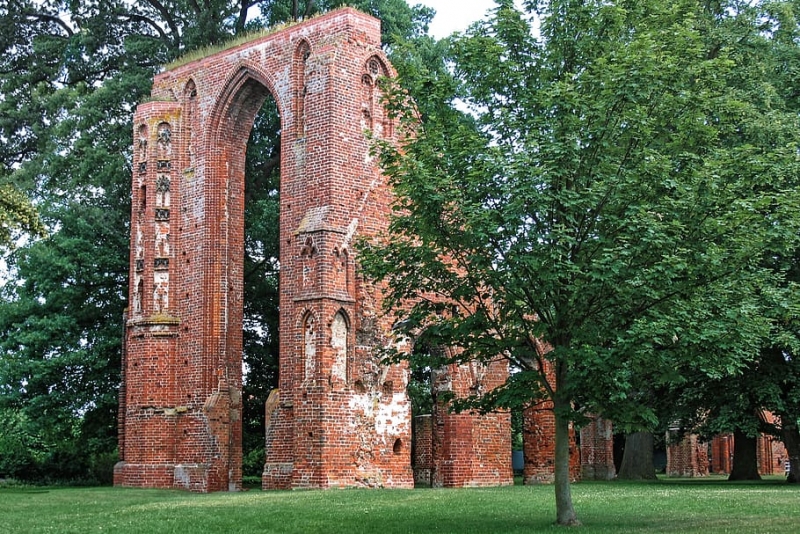 What remains of the monastery

The Ryck river, like the Baltic Sea, played an important role in establishing Greifswald as a fishing port and trading hub. Throughout history, merchants have used the river to transport goods from the Baltic shore to the interior cities of Germany. 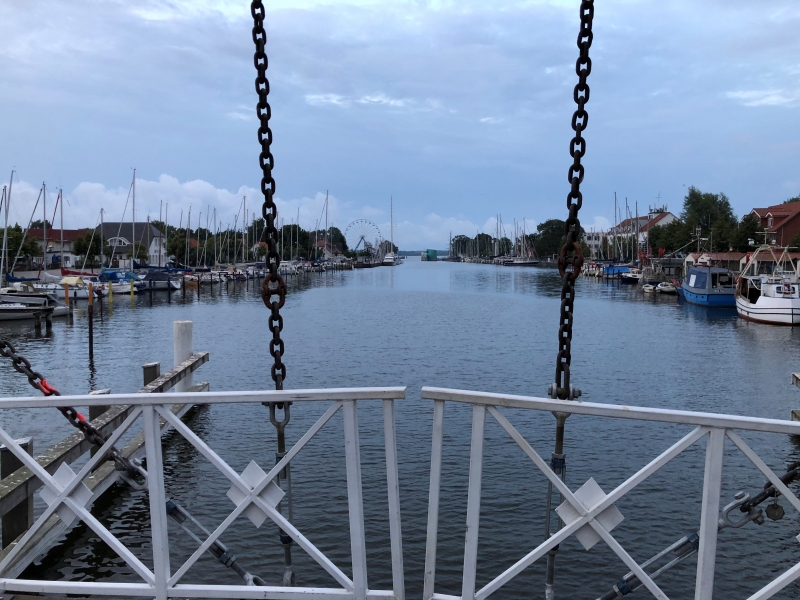 5.) The University of Greifswald

Founded on October 17, 1456, The University of Greifswald is the fourth oldest university in Germany, and home to some tremendous scholars. Many of its alumni and former faculty members have contributed greatly to the world. Some notable alumni being Nobel Prize winners – Johannes Stark and Gerhard Domagk along with former President of the European Commission – Jacques Delors.

Students of the University of Greifswald

While the city is mainly known as a college town, it’s also home to the world’s second largest yacht manufacturer of seagoing sailing yachts – HanseYachts AG. In 1287, the city of Greifswald joined the Hanseatic League – a medieval commercial and defensive confederation of merchant guilds and market towns from central and northern Europe. Shipping and shipbuilding began to pick up after this, allowing Hanse Yachts to occupy a significant position in the history of Greifswald.

Having direct access to the Baltic Sea in Greifswald gave Hanse Yachts AG the opportunity to test its boats in a range of real-life conditions. Which played a big role in the company developing and designing innovative materials and components.

Hanse Yachts AG is one of the biggest employers in Greifswald with an average of 1,500 employees joining the company yearly. Many of whom are highly skilled boat builders, carpenters, and naval architects. With a large production facility in Greifswald, these highly skilled specialists assemble interior furnishings by hand, ensuring the highest of quality. 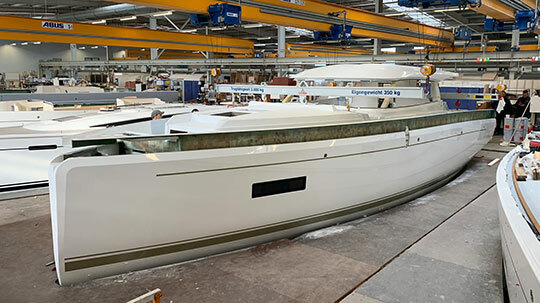 Hanse Yachts AG will be further expanding their presence in Greifswald with the construction of a brand-new exhibition hall to showcase their lineup, all under a weather protected area to offer year-round viewings. Stay tuned!