In Your Wake – Being a responsible boater includes what happens behind the transom.

I remember the first time I saw the movie “Caddyshack.” I rolled with laughter watching the scene with Rodney Dangerfield plowing through an anchorage aboard his yacht. Day sailors jumped for cover while inshore fishermen screamed in terror as Dangerfield threw out a wake that surfers would love to catch. He finally came to rest with his anchor crashing through Ted Knight’s sloop, while announcing: “Hey, you scratched my anchor!”

Although this lampoon was hilarious, the not-so-funny truth is that scene is often reproduced in harbours up and down the coast. For instance, skippers may slow down to honor the speed restrictions, but fail to look at their wake. Instead of reducing the size of the boat’s wake, this token reduction in speed increases the size of the wake. They plow through a crowded harbor wondering why everyone is shouting at them. Even a small boat in a stern-down position can throw up a huge wake. Besides being responsible for our wake and damage done by law, it’s just good seamanship to look behind you at the trail that you’re leaving. You can save a lot of money, a court date, and avoid rude gestures by using a little common sense and courtesy. 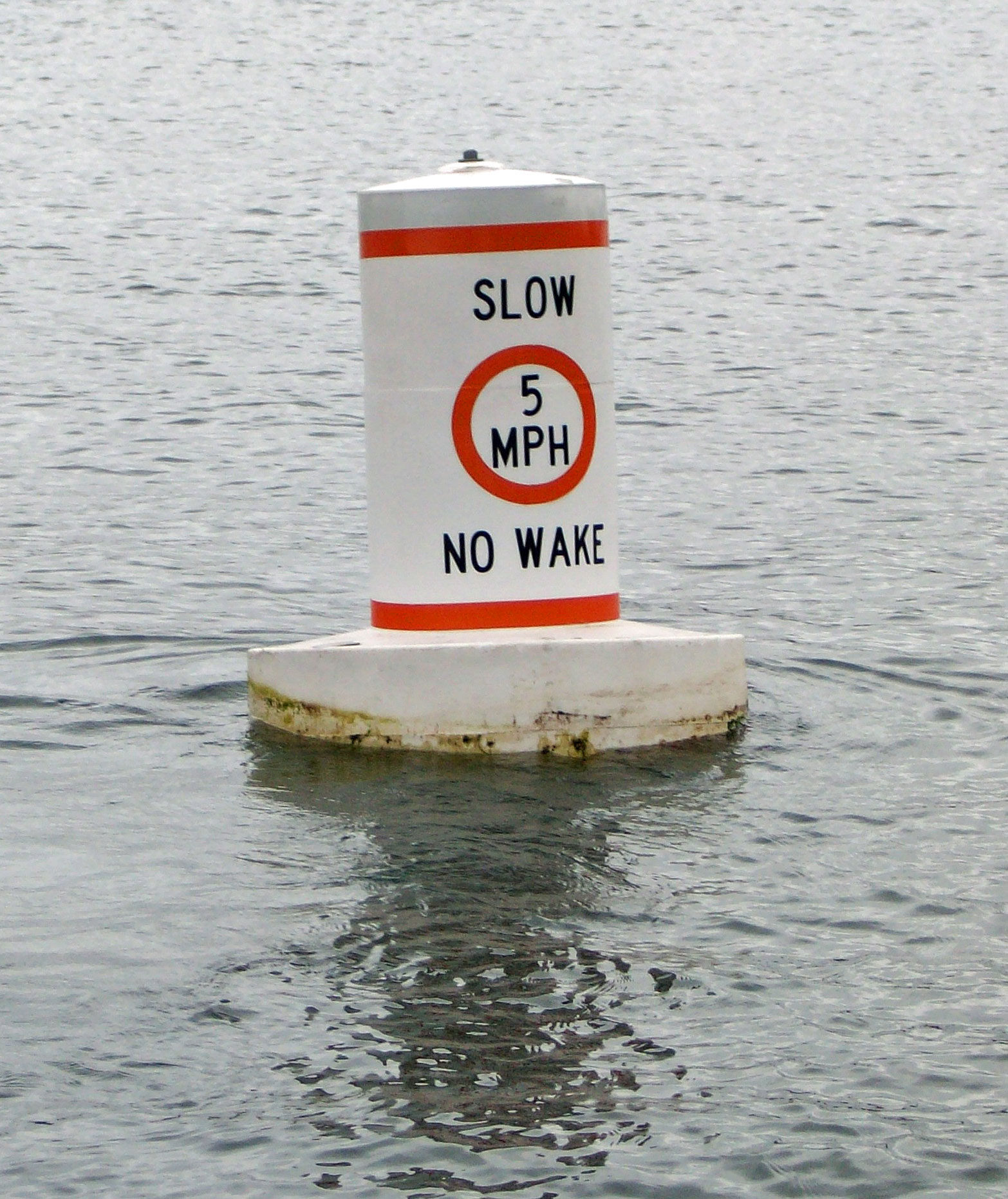 No wake means no wake. It’s for good reason that harbour and canal authorities impose maximum wake law: the damage to banks, docks, boats, and other infrastructures from excessive wash can be alarming. The first rule is to slow down so that the boat is level (without using trim tabs), and the size of the wake is negligible.

At the same time, it’s amazing the number of boaters rushing up to the stern quarter of a boat at high speed, trying to squeeze past them. What if the helmsman of the vessel being overtaken does not see the type-A skipper behind him, aggressively trying to pass, and makes a drastic turn to avoid some drift? 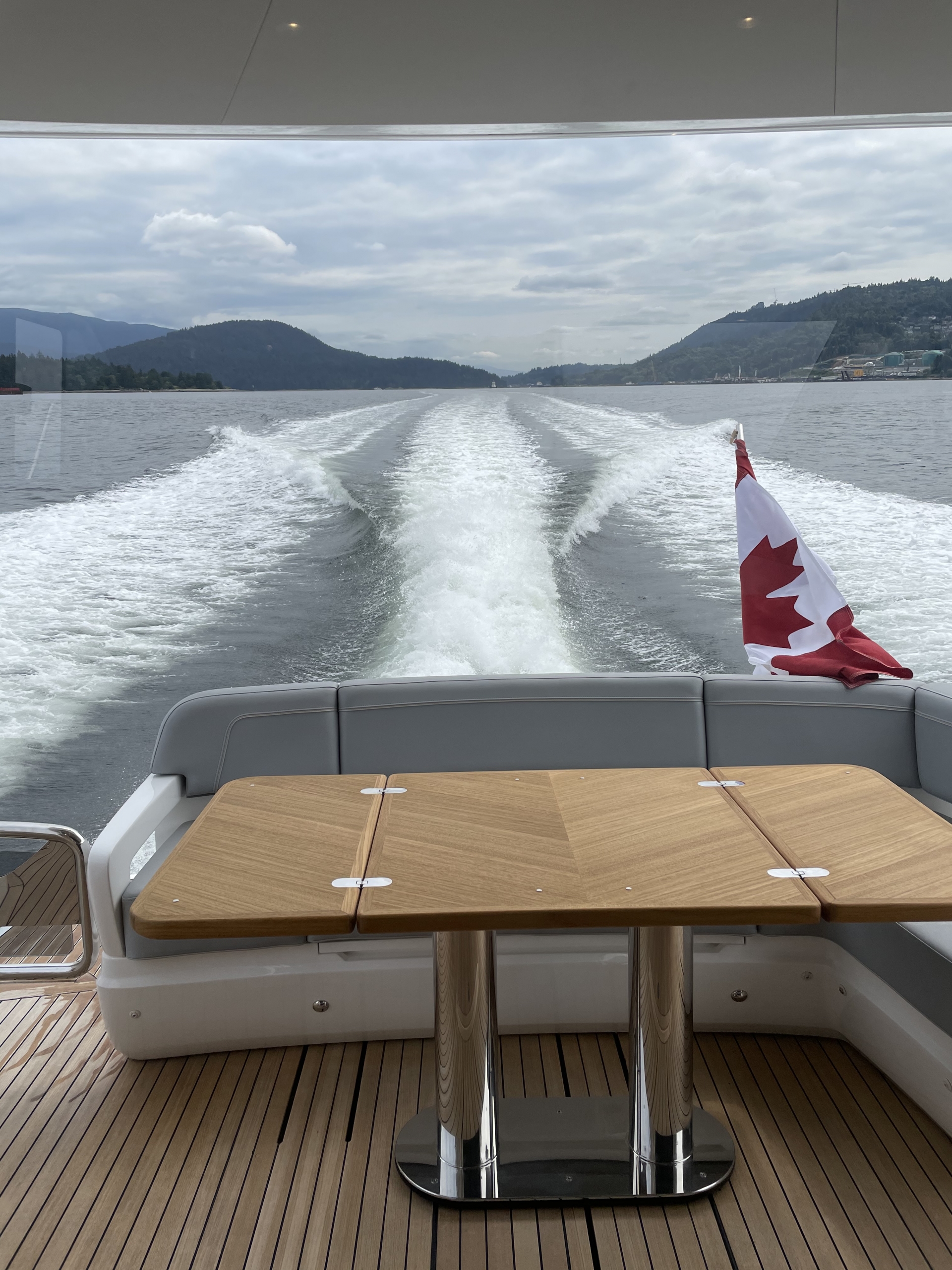 Also, don’t forget that your wake will often follow you into an anchorage. Before entering an anchorage bring the vessel to a stop, thereby, releasing the wake from the stern of your boat and then proceed into the anchorage at no wake speed. Try avoiding being that guy who arrives at the end of the day, only spilling everyone’s happy hour appies and drinks.

Wakes lose power the farther they travel. If you’re overtaking or passing an oncoming boat in open water, give it plenty of room. Passing as far away as possible reduces the wake’s impact (not to mention ill feelings). Conversely, in a narrow channel, overtaking a boat without regard for your boat’s wake can have serious consequences.

When you are the overtaking boat, use the VHF channel 16 and/or your horn to signal your intentions (one short blast if you’re overtaking the other boat on its starboard side, two blasts if you’re planning to pass on it’s port side). Cross the wake quickly (don’t ride the waves) but be aware of your own boat’s wake. If you’re being overtaken, come completely off plane so that your stern is level. Slowing your vessel will allow the overtaking skipper to slow his boat as well.

So, whatever the situation, when the next opportunity pops up, forcing you to slow down in a no-wake zone, or to reduce your RPMs as a courtesy to passing vessel, or go port to port with an approaching boat, please do so. And if you happen to lose a few minutes, so what? Take in the scenery and consider yourself lucky to be doing so.