Gorgeous Russell Island is a 32-acre Gulf Island National Park, which is only accessible by boat or kayak. Located at the mouth of Fulford Harbour on the southern end of Saltspring Island. Anchorage is only possible on Russel Island’s northwestern side, and though it’s exposed to northerly winds, it does provide fair holding in 15 to 35-feet and protection from the predominant southerlies. 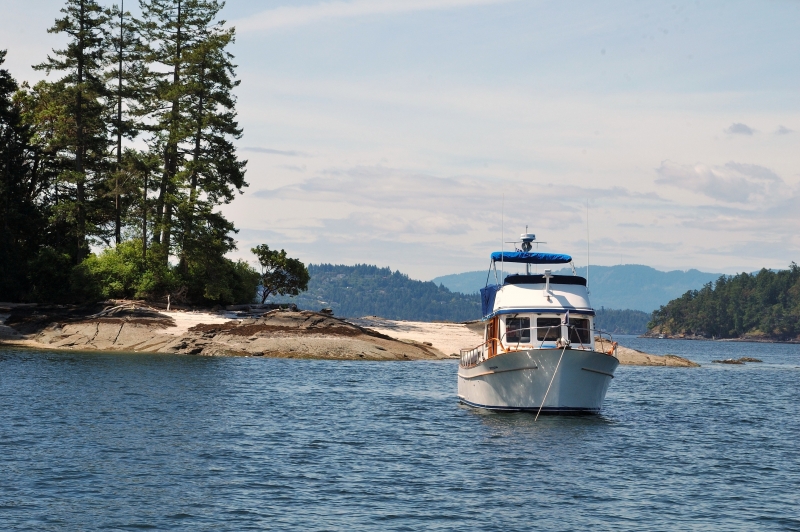 Like many anchorages in the Gulf Islands the holding is thin with a narrow layer of sand and shell over shale rock. As a result, it may take more than one attempt to achieve a well-set hook.

A 150-foot pier and 40-foot dinghy float provides easy access to the island and all it has to offer. What visitors will discover ashore are beautiful shell middens, arbutus trees with their ruby-red trunks, Gary oak and towering Douglas firs, hiking trails with informative signs and remnants of previous inhabitants. 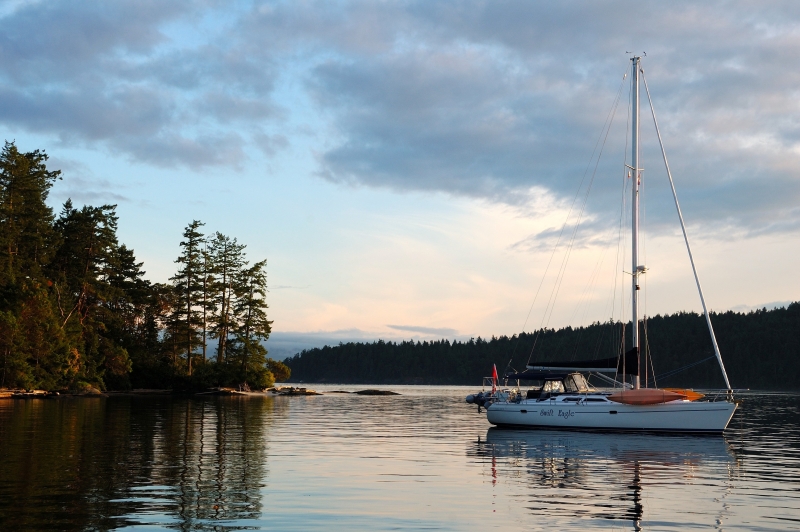 Prior to the late 1800’s First Nation people used the island to fish and farm clams. By moving large stones to form a retaining wall at the low tide line, they created productive clam beds which are still evident today. The combination of clam beds, middens and tide pools make for great beachcombing.

The Hul’q’umi’num’ people name the island tth’umuqwa,’ which refers to the Kelp Greenling, a colorful fish commonly found in the area near kelp forests and rock reefs. A walk along the island’s eight-tenths-of-a-mile loop trail, dotted with information signs, reveals culturally modified trees, identified by scars from bark removal that occurred many years ago. It’s easy to imagine what life was like on the island in previous centuries.

In the late 1700’s, several hundred Hawaiians, or “Kanaka” as they are known in their native language, were hired as Hudson’s Bay Company laborers. By the 1870s, the Kanaka began settling in the Gulf islands. In 1886 William Haumea, a Kanaka, purchased the island. His homestead has been preserved and provides another window into the past. 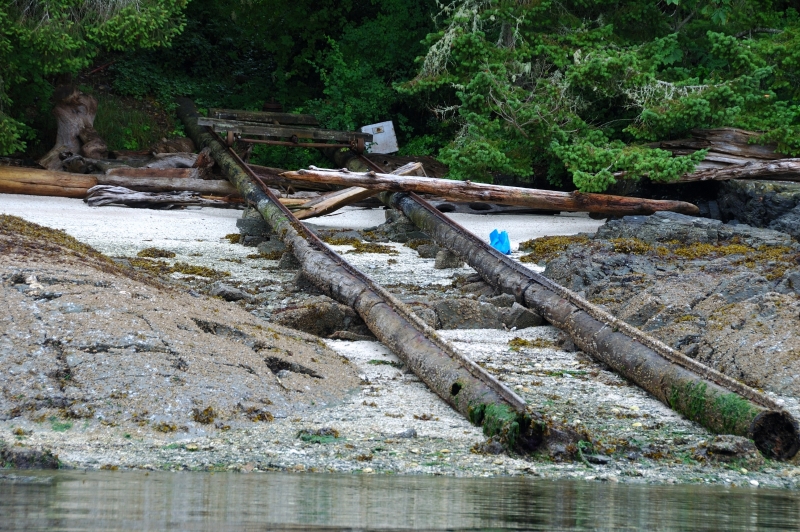 A trolley on rails was once used to lift boats out of the water.

In 1998 the island was sold to the Pacific Marine Heritage legacy. The Gulf Island Park Reserve (GINPR) subsequently purchased Russell Island in 1997.

In 2009, GINPR initiated a volunteer host program at Russell Island in collaboration with the Kanaka descendants. Through an agreement with the park reserve, the descendants share their stories about life on Russell Island with visitors. Their personal connection to the island adds authenticity to the interpretation of the island’s history. They lead tours around the orchard, gardens, and outbuildings, as well as the home itself, answering questions and sharing stories. The walls in the house’s parlor are lined with archival photos and information. 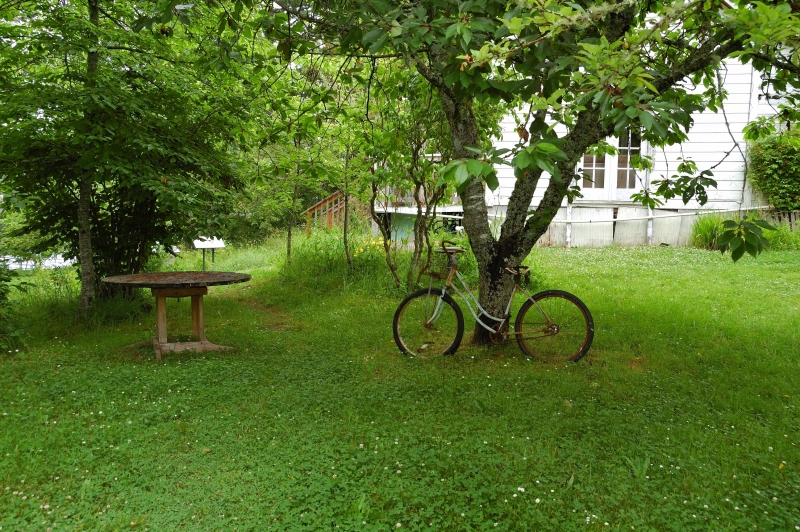 Prior to COVID-19 the hosts were on site during the summer season, July through Labor Day. Hopefully the hosts will return once COVID-19 fades into history.

In the still of the evening enjoy a spectacular sunset. Which provides some understanding as to why the Kanaka people decided to settle in this part of the Gulf Islands.