Smugglers Cove Provincial Park, located on the south side of Sechelt Peninsula, is a beautiful all-weather anchorage surrounded by 457-acres of forest. It is said the park is the most popular on the Sunshine Coast with its maze of rock faces, sand flats, rocky nooks, and mini bays, along with three anchoring basins. 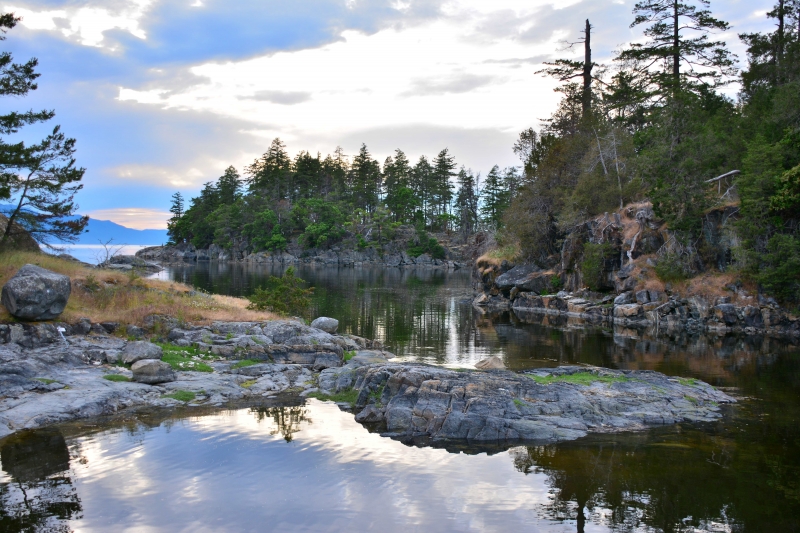 Visiting skippers guide their vessel through the 50-foot narrow entrance between a shoal patch with 3-feet of water (150-feet off the south entrance point), and two 3-foot drying rooks (100-feet off Isle Capri). Movement through the cove is at a slow speed with an eye on the chartplotter and depth sounder to check the irregular bottom, rocks and shoals hiding below the surface.

The cove is ripe for dinghy or kayak exploration with its maze of three main basins, drying lagoons and islets awaiting discovery. These backwater shorelines are covered with some of the largest Pacific Oysters you’ll ever see. Although harvesting them is prohibited from May 31st – Sept. 30th, because bivalves in the area are unsafe for human consumption due to possible contamination. 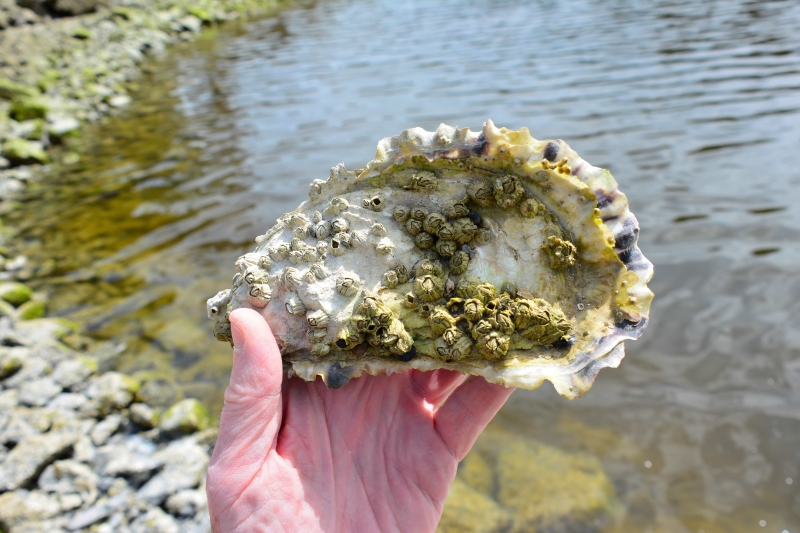 Oysters bigger than your hand

The park offers 2-kilometres of hiking trails with lots of variety. The trailhead is located on the southern shore of the most eastern basin. There a many informative interpretive signs along the trail making the walk even more interesting.

Smugglers Cove is filled with myth and intrigue. A sign at the trailhead states, “At the first sign o’ trouble I’ll toss ye overboard and ye’ll sink like a rock to the bottom of the sea.” This was the policy of Larry Kelly, an ex-Royal Navy seaman who used Smuggler Cove’s tranquil waters to collect cargoes of Chinese Labourers. The labourers, recently unemployed with the completion of the Canada Pacific Railway (1885) paid “private” Kelly $100 each to smuggle them into the United States in hopes of work.

To add to the intrigue the sign goes on to say, “During prohibition (1920 to 1933) Smuggler Cove was used as a safe haven by rum runners. They used ships to transport Texada Island alcohol to thirsty destinations in the United States.” All fueling the legend and your imagination on what may have taken place in the cove. 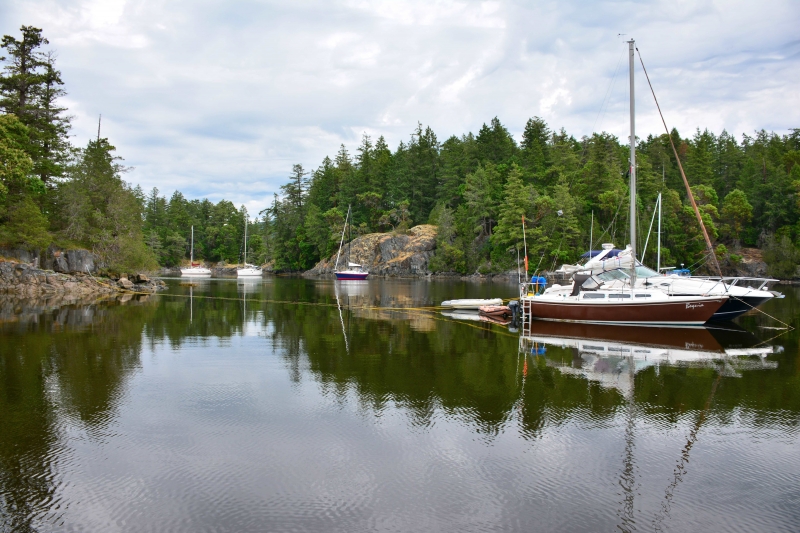 From the trail head hikers have their choice of direction. Heading east and a boardwalk leads through the forest and marshland to a parking lot for visitors arriving by vehicle. Along the way There is waterfowl and bald eagles. Headed northwest from the trail head the trail follows the coves shoreline ending with a loop and spectacular ocean views. Hikers can explore the extensive rocky shoreline, lagoons and tidal pools filled with aquatic life, a few small sandy beaches, or sit on one of the large bare rocks and absorb the warmth of the sun.

Visit Smugglers Cove for the first time and you will pledge to return.